A shorter post just focusing on an American combat engineer platoon. Some minor conversion involved for the trucks - I will identify the manufacturer etc. as I go through the detailed descriptions.

A photo of the overall force: HQ section, two operating squads and a weapons squad: 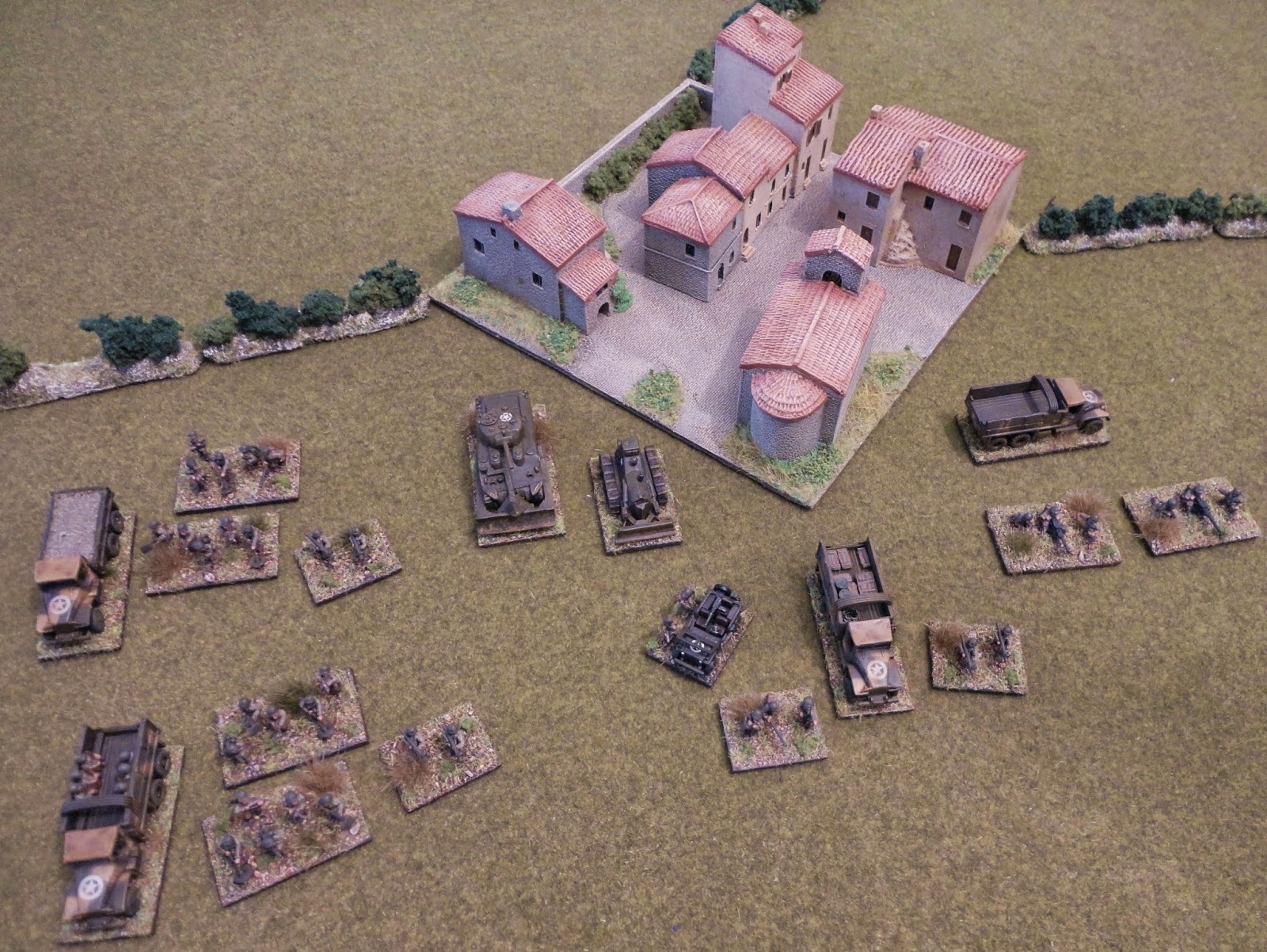 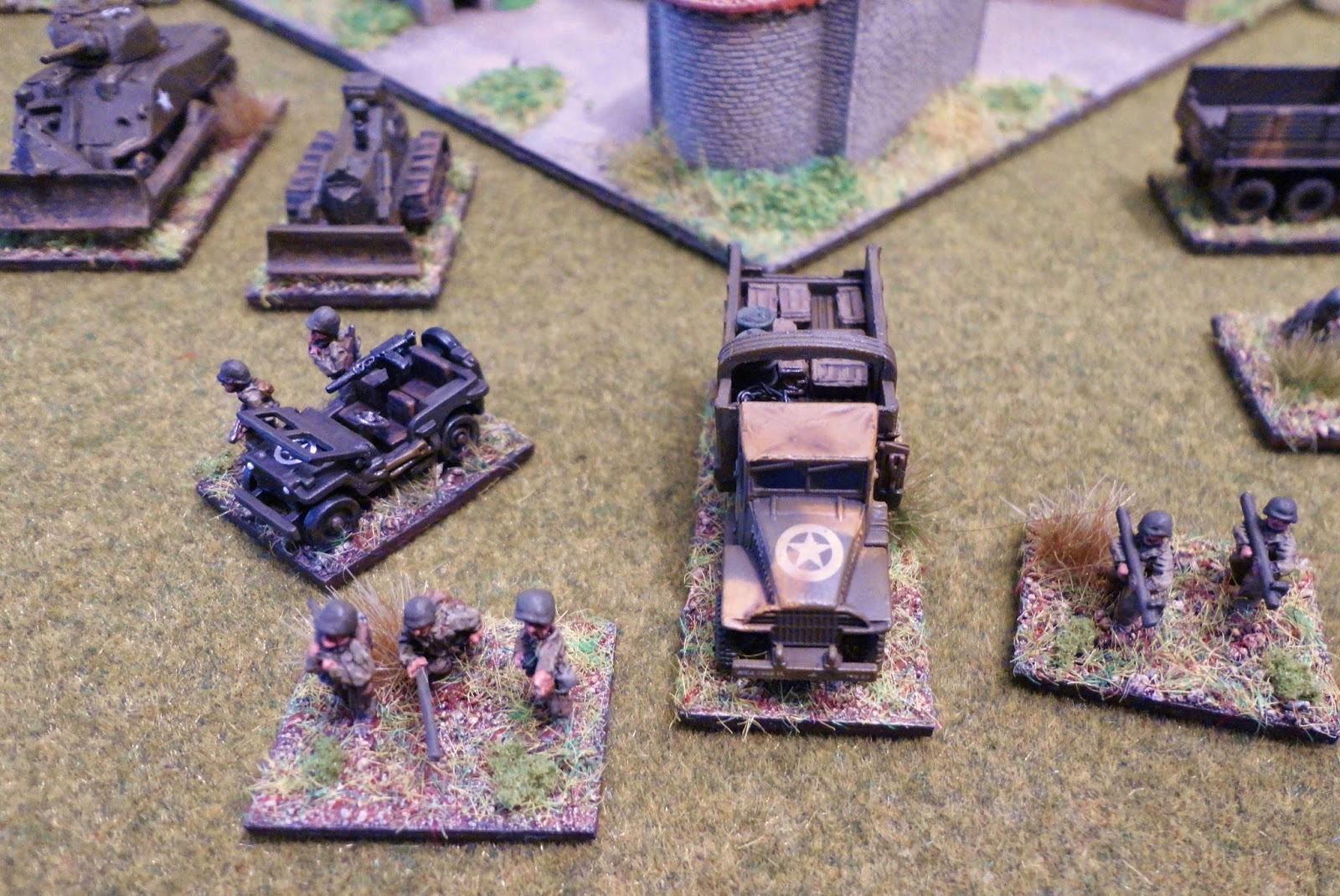 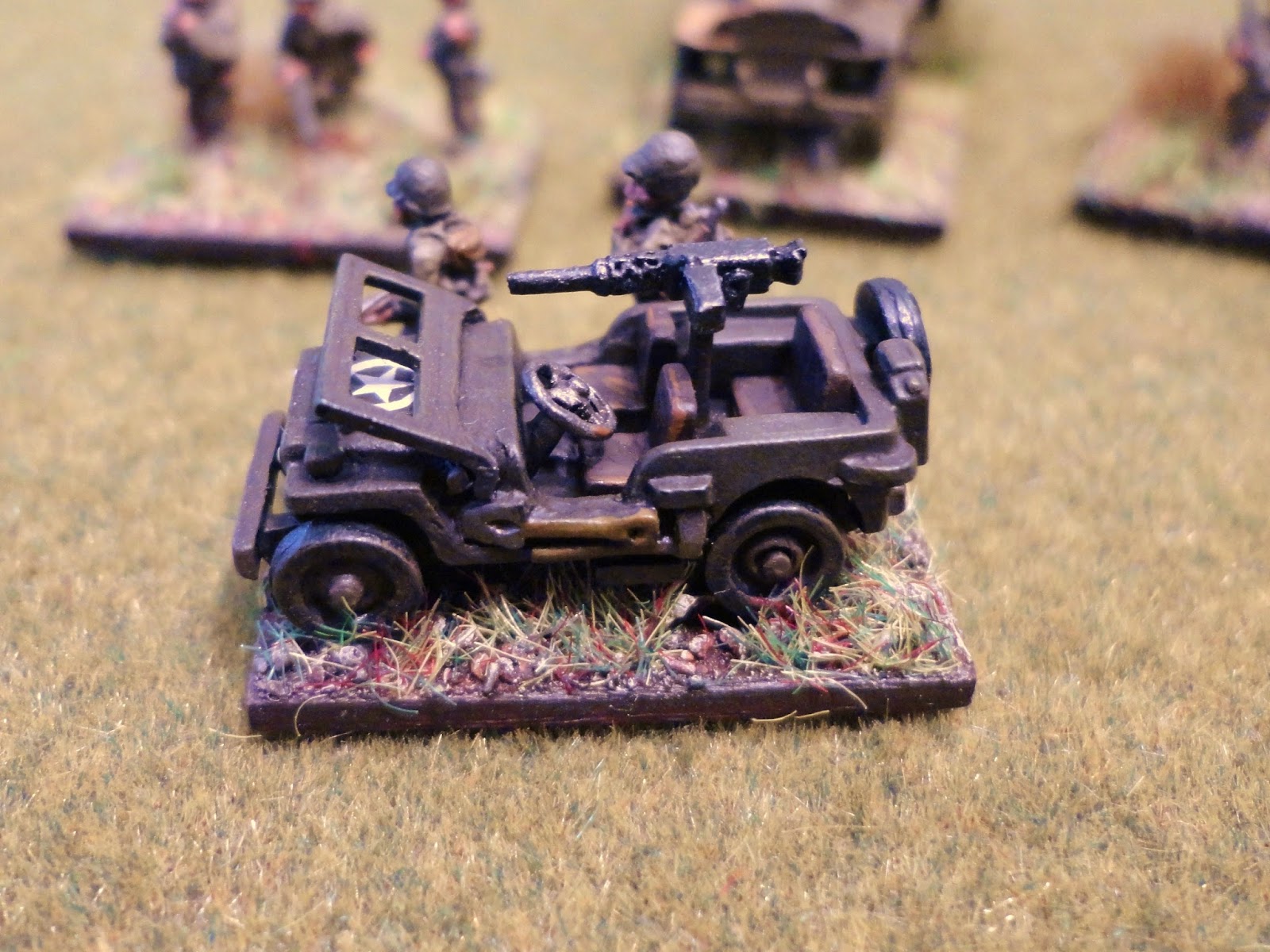 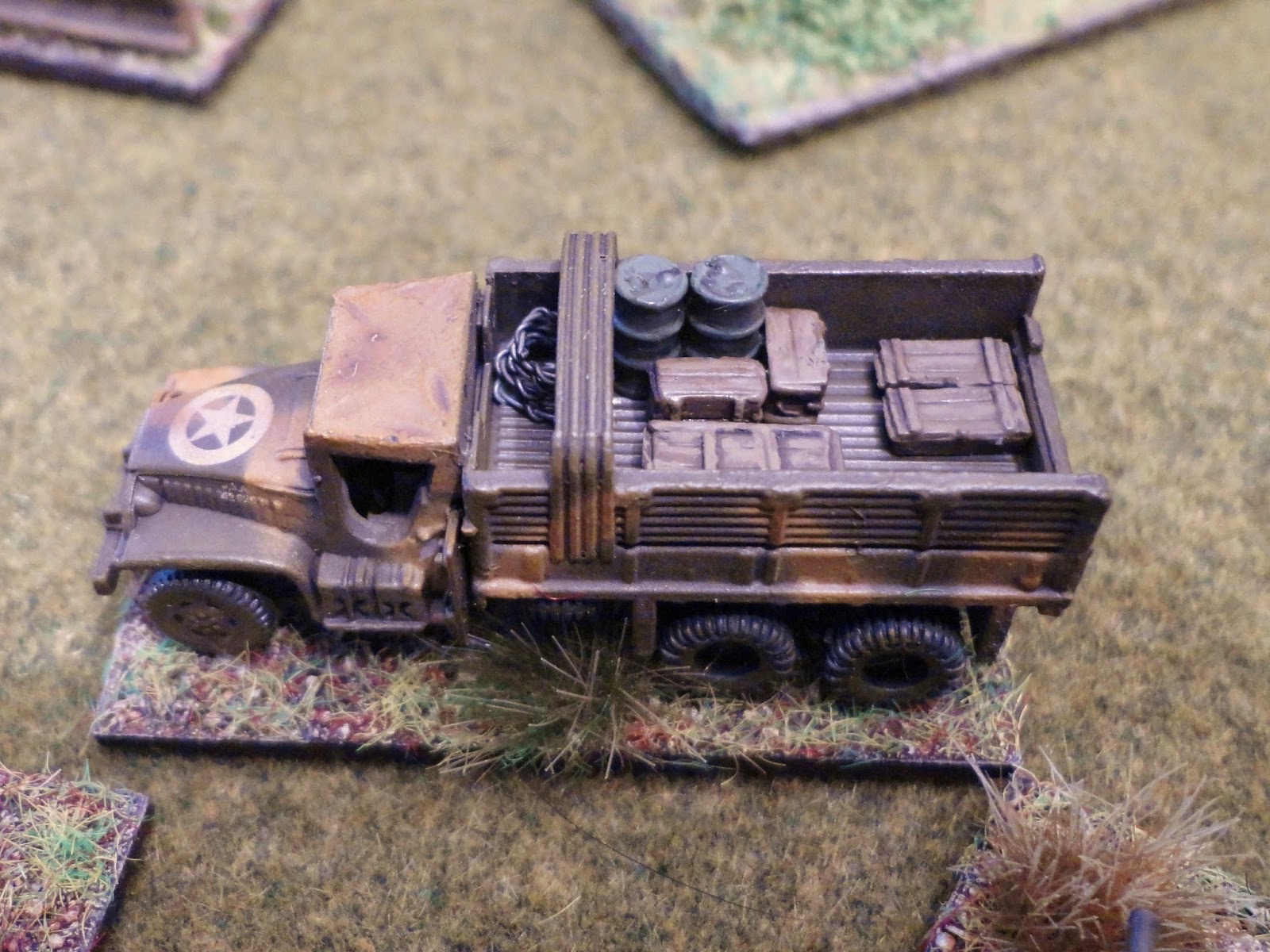 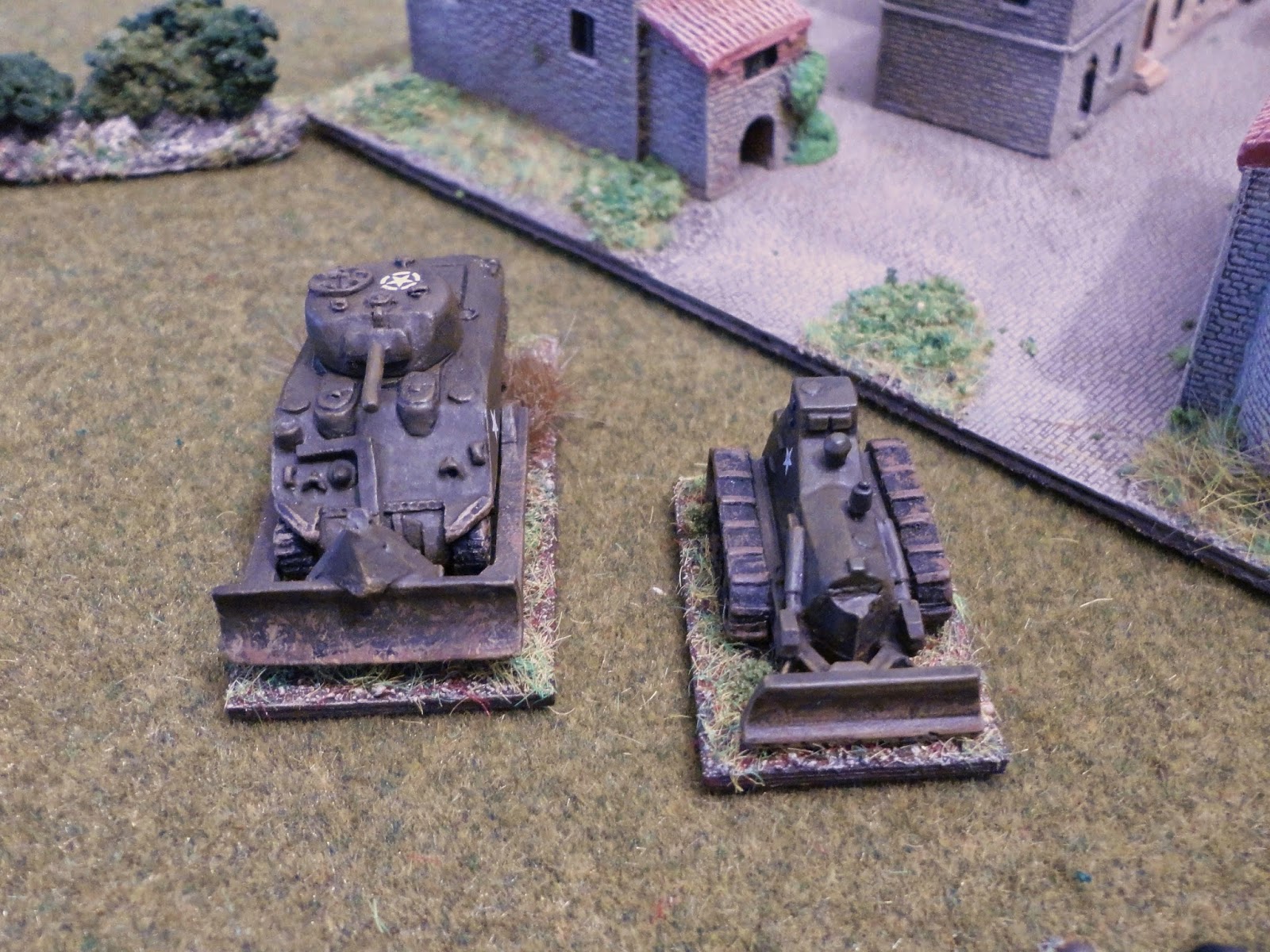 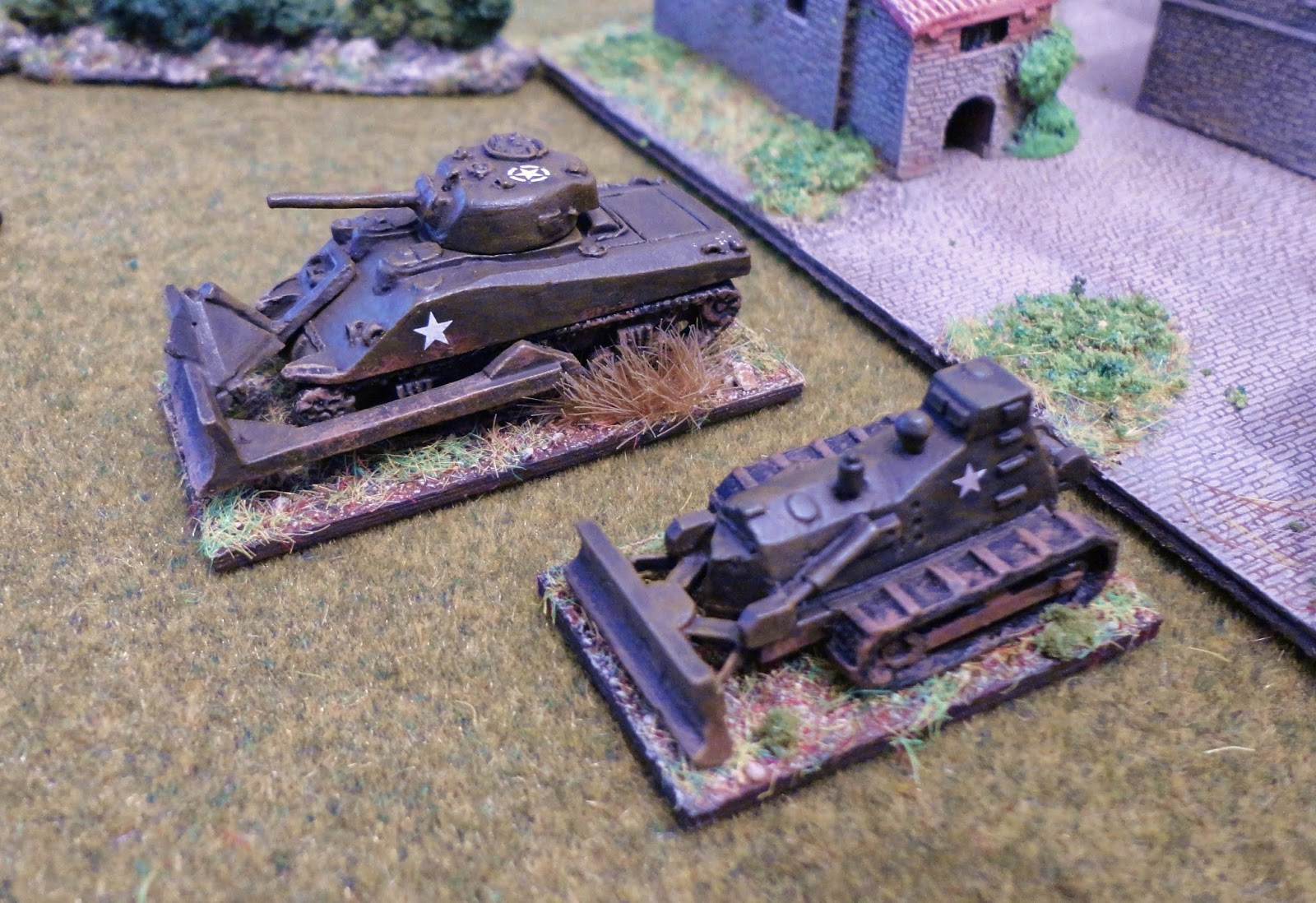 The Bazooka guys are Pendraken as is the one with the bangalore torpedo on the command stand. The other figures are Arrowhead Miniatures.The jeep is Arrowhead but I have fitted an MG in the back which is a bit of brass rod and a Pendraken roof top MG. The truck is New Toys Millennium - I removed the bits underneath that connect it to its stand and added some stowage from the Takara bits that come with their models (and a small roll of barbed wire from a large roll I had to do barbed wire fences). The bulldozer is Pendraken and the Sherman dozer is Pithead. 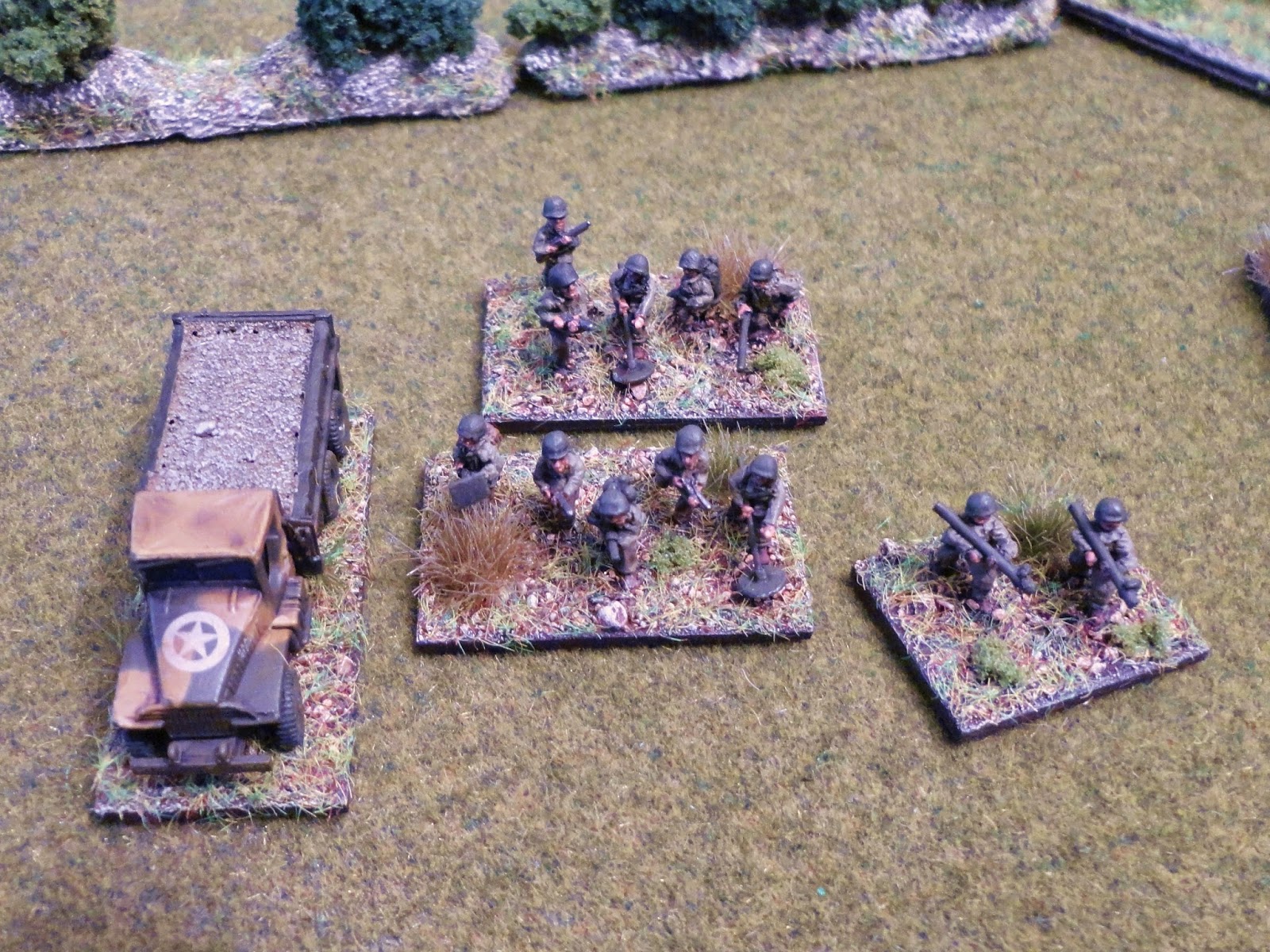 The figures are all Pendraken except the guys with rifles and they are Arrowhead. The truck is New Toys Millennium but I have cut the back down to make it a flatbed and glued in and painted some sand to make a dump truck. To give variety I have used both standard US engineers, airborne and marine engineers/ pioneers. These are the Pendraken codes:

The only difference for this squad is the truck has been converted as a troop carrier. I added 'seats' as a strip from some plasticard and then the men are from a Pithead M5 half track. 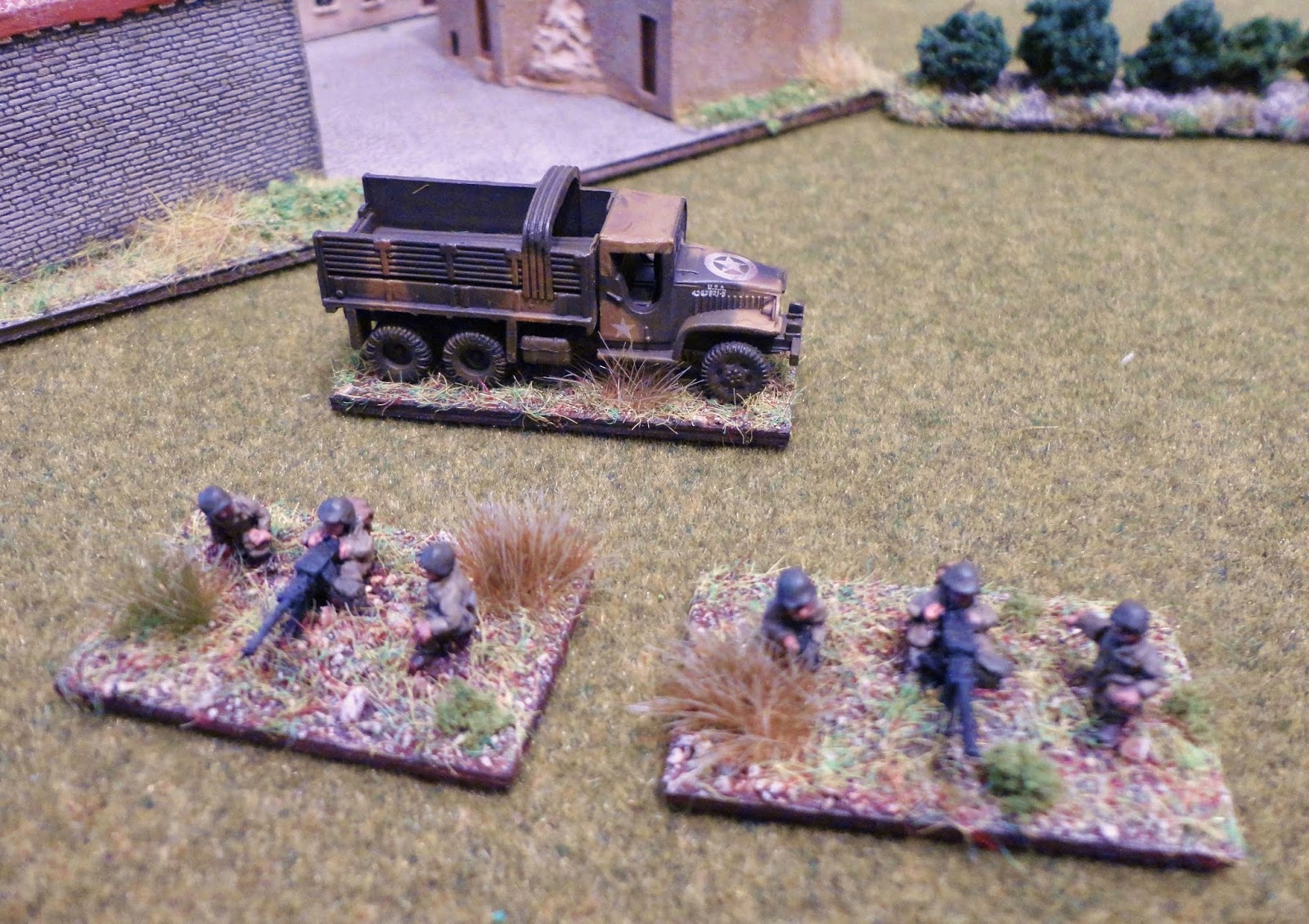 The truck is unmodified (except removing the bits for the stand underneath - and for all the trucks I gave them a wash with Agrax Earthshade). The figures are all Pendraken.


A final word on the town. These are 6mm buildings from the TimeCast Southern Europe range. I found someone selling off their old building sets on ebay and bought a few but also got him to paint up and base a larger town for me (and very happy with it). 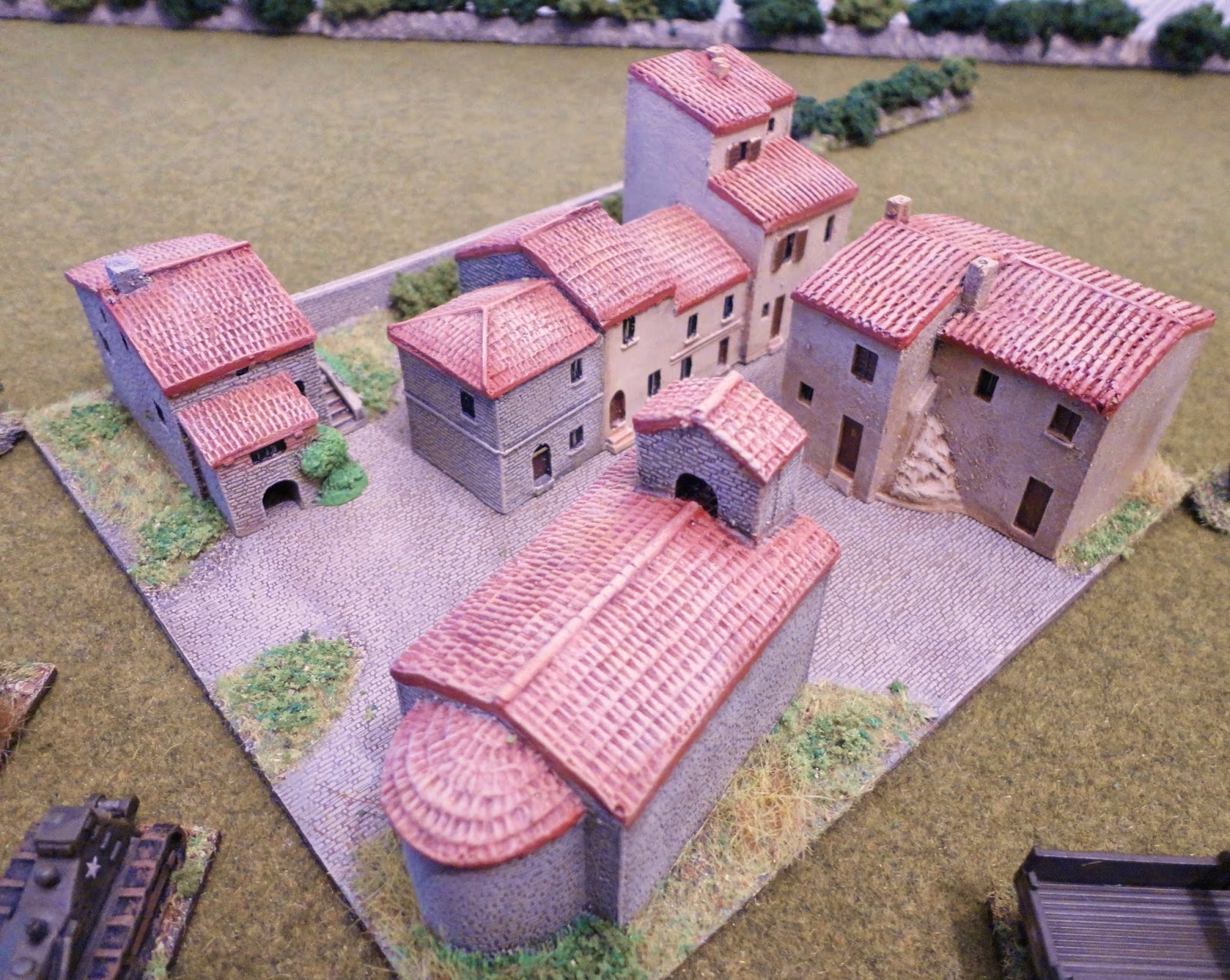